Apple hosts a yearly student challenge which is connected to its world wide developer conference (WWDC). This year I submitted Draw Beat Maker which is an app that allows its users to draw a beat to listen to. The idea is to make music production accessible and intuitive for everyone. The app targets iPad OS with or without an Apple Pencil and audio is generated in real-time on the device. Differently colored strokes represent a different sound, an the position on the y-axis determines the frequency of said sound. 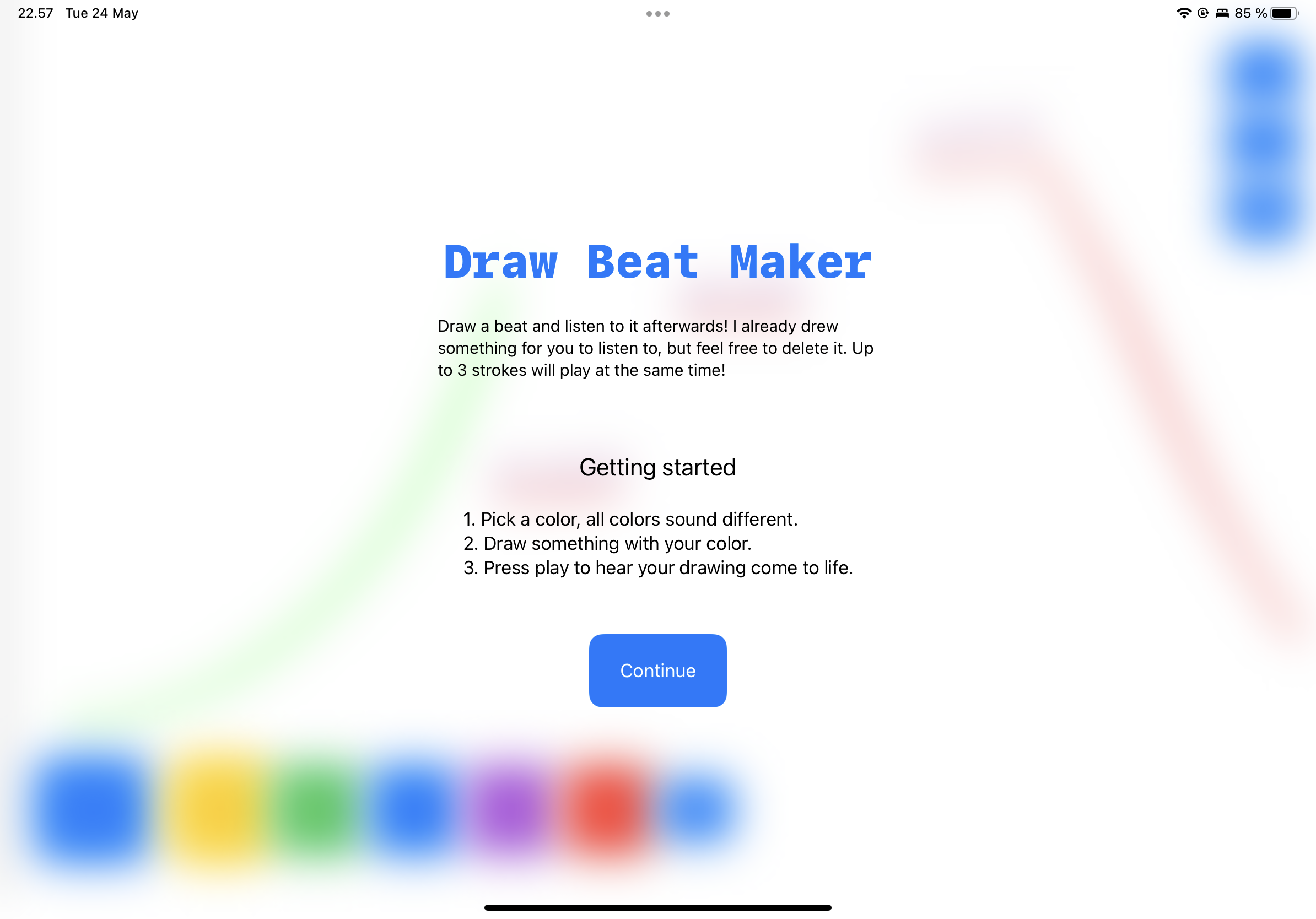 Above screenshot is presented upon launch of the app. 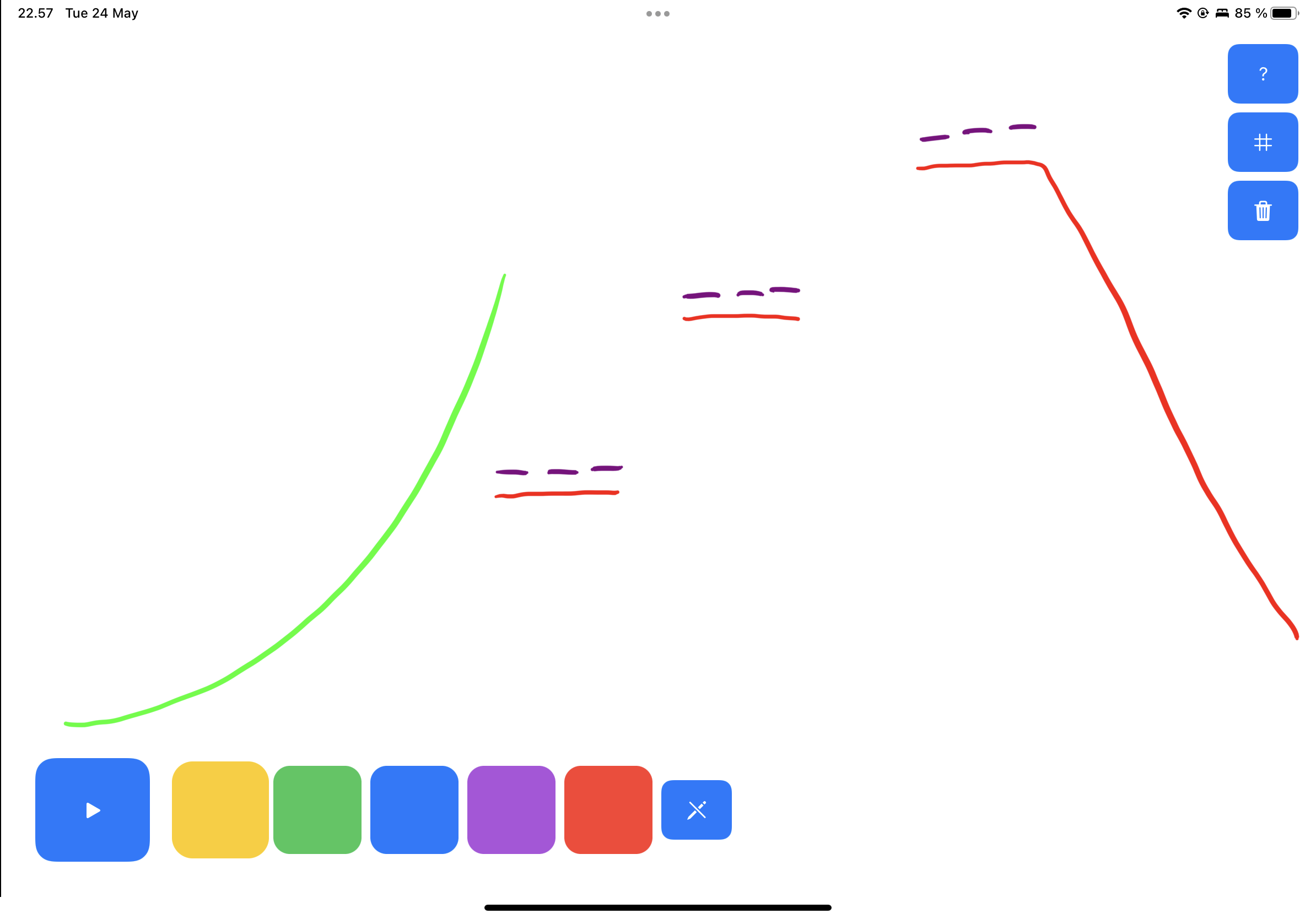 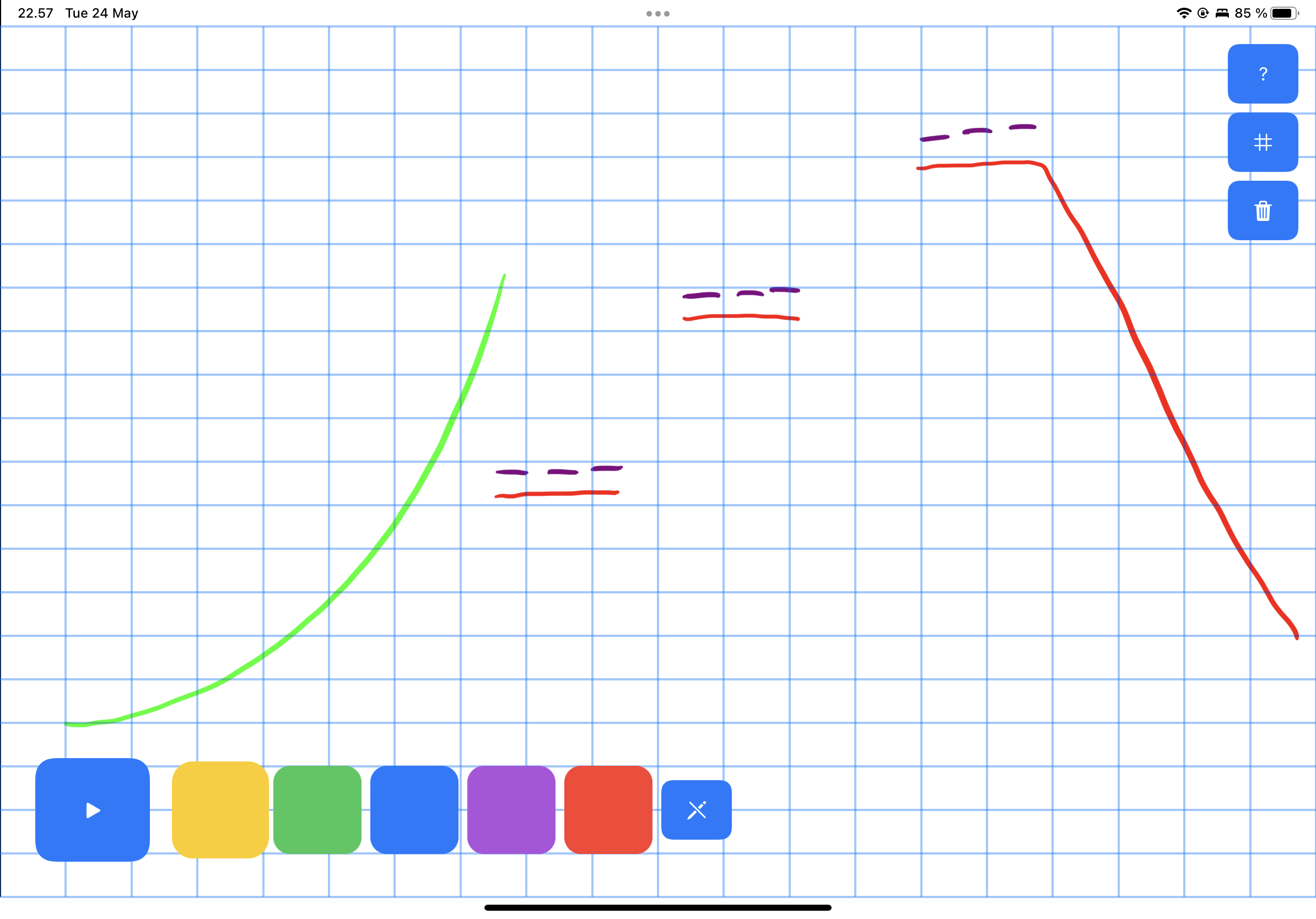 A grid can be enabled to easily draw matching tones. This allows the user to play sounds (read: draw strokes) at the exact same time.